The Cliff house by Mackay Lyons Sweetapple Architects is a project we have really enjoyed as it includes a really nice environment creation. So we asked from Tony to share with us his project's workflow and thus this making of article was born. Enjoy it! 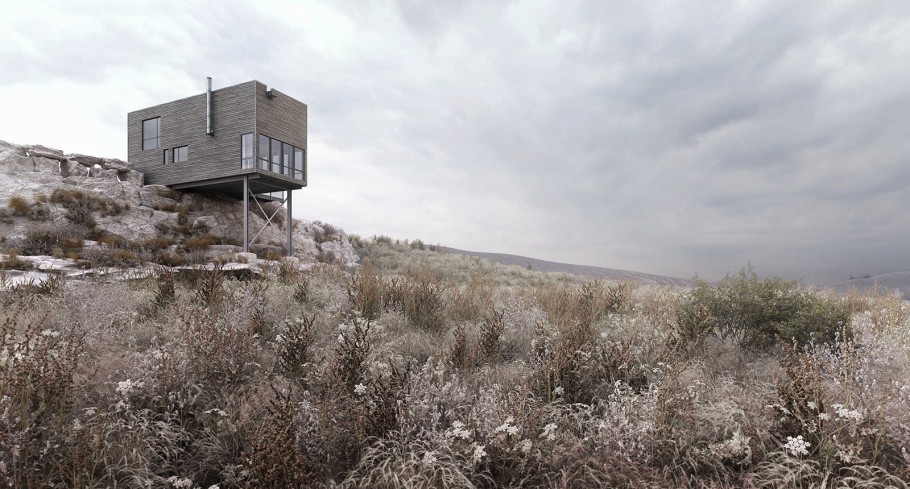 First of all I will take the chance to thank VWTeam for inviting me to write this making of article and for giving people from around the world the opportunity to connect with each other through art and creativity.

My Name is Tony Antoun, I am an architect, member of cleerstudio which is a workshop where my colleagues, friends and I have been working on CG and architecture design projects for a while.

The Cliff House is a personal project we have done in three weeks only in which we had some free time. The main purpose was to represent this built project by Mackay Lyons sweetapple architects, with visuals that are as close as possible to real taken photographs, in terms of mood, lighting, textures and general atmosphere. As you will notice in this short article, the project was realized in very simple and basic techniques and user friendly tools found on the net, proof that as long as you are putting your ideas in a good and balanced composition, your image will take some success; Even though not an excuse to stop searching and learning new techniques every day.

Here you can take a look at some reference images of the project that we collected from the net. Very important to make some research and collect as many pics as you can. All the info will be transmitted through your image to make it look dense and interesting to look at. 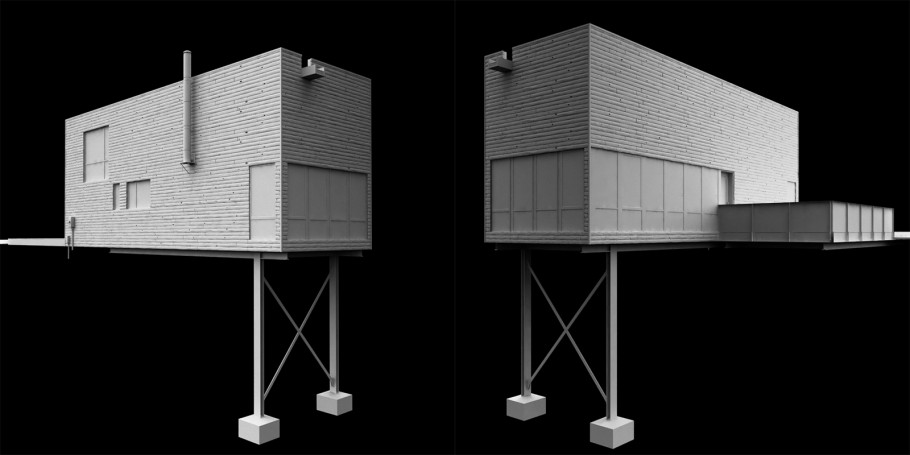 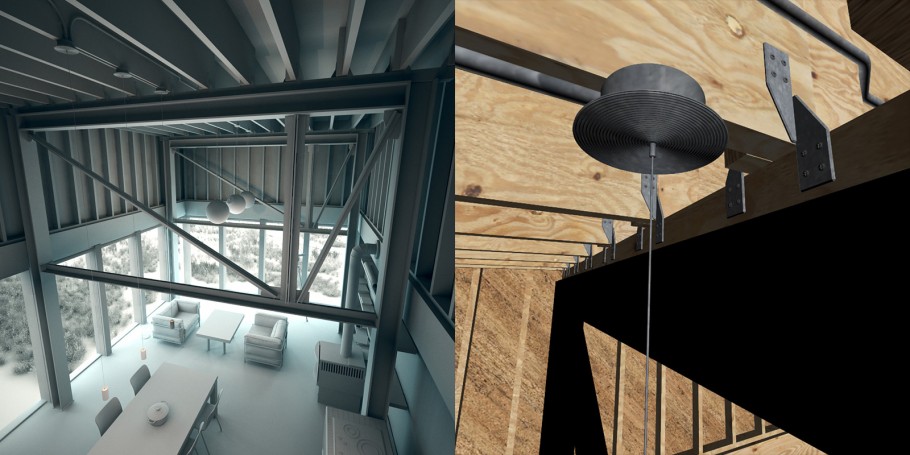 Not much to say about the model, As you can see the project is very simple. We modeled most of it and used some purchased models online. The wood panels covering the house were generated with debris maker and positioned on the house elevations. The cliff was also done with the help of debris maker, a set of rocks were generated and we added a displace map in the object modifier to have a rough feel surface.

TIP. Debris maker is a free tool you can download and use. It generates meshes in a quick easy way that are often needed in visuals, Tree leaves, planks, rocks, etc…

Here you can see some Top quality models we purchased from the net that were very useful for this project. From Designconnected, Evermotion, model+model. 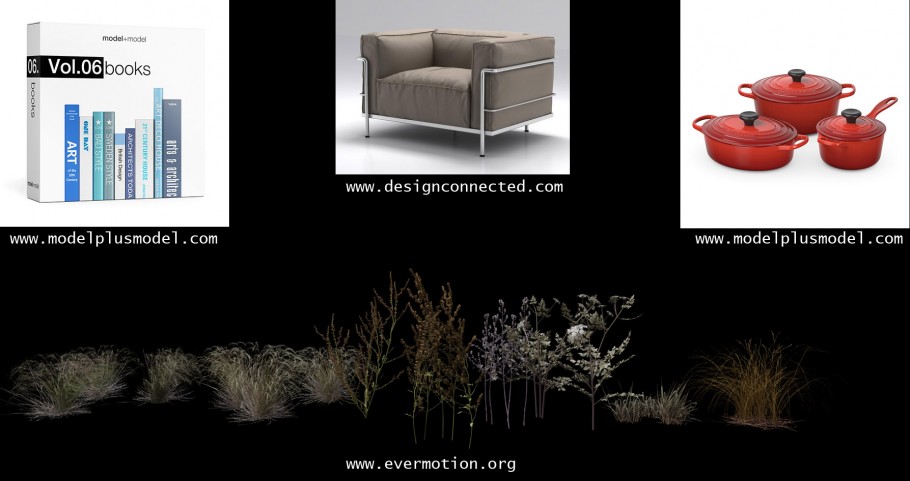 The environment was made out of a plane edited by moving some vertices with the use of soft selection to get a smooth hill effect.

For the exterior scenes, we used an HDRI map that you can see below, from Noemotion HDRs.

HDRI was set as an environment background and into dome light. There was no sunlight when photographs were taken.

As for the interior Lighting, We used Vray Plane lights just behind the openings in addition to the exterior lighting preset in order to emphasize the light intensity at the interior floor extremities. Also we used an omni light inside the space, warm color, to get the shadows produced by the ceiling lamps. You will notice the shadows while comparing with the real images. The field is based on 9 different models of wild bushes provided by evermotion. We changed the colors of the used textures on photoshop to reach for a brown monochromic color as an overall area as you can see in the project’s surrounding. After doing some tests to see how it works with the lighting, meshes were exported as .vrmesh to be used later as proxies, in order to save some rams, and were scattered on the cliff and plane with the use of advanced painter.

TIP. Advanced painter is a free tool you can find on the net in which you can distribute proxies as instances in random rotation and scaling. Very easy to use. These textures resume the whole scene colors and were provided by Vizpark, Arroway and CGtextures.

The water was made out of a plane with a displace map used in the object modifier and turbosmooth applied after that, we used a simple glass material with a gradient ramp texture applied as an opacity map to have a soft horizon at the end. And for the misty glass, as you can see in the image below, we simply used a black and white texture as a refraction glossiness map and the result was okay for us.

You can see here some presets and settings used in the scene. This part can be done at the end and used as a post production tool. It’s very fun to see how it can affect the final image and give it a three dimensional feel.

We used a Vray light material set color black in the override material and applied a Vray Environment Fog in the Atmosphere effects and the result is the image below that can be used later as a screen layer over the rendered image to get a foggy effect that can be handled very easily on photoshop by changing opacity and playing with curves. Here are the final renders. Thank you to all who have read this making of and I hope it was in any way useful to some of you. You can follow us on our facebook page to stay tuned for upcoming projects.

Thank you all for your support and thanks again to VW Team. 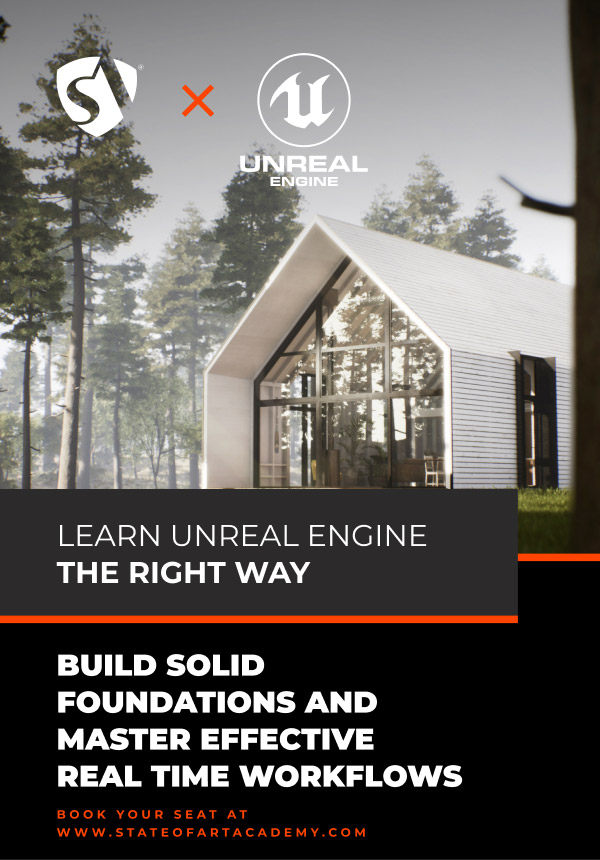