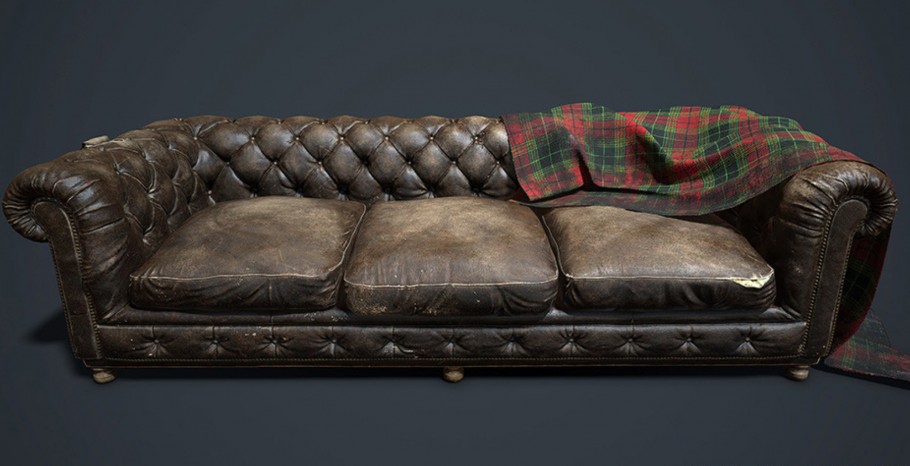 “Our Heritage” is a story by me and Ehsan Ebrahimzadeh about the future of the world and human beings. The story happens in New York City, year 2050, where the people are fighting with horrific climate change and its effects. A massive company called “The Answer” has made sanctuary cities with special technologies that people can live in. Adrian, our main character, is a scientist working on clean water and food in the Answer Company. During his research, Adrian finds out the company had a very decisive impact on the world’s climate and that they have genetically modified both plants and humans. Adrian decides to get out of the sanctuary city and find the truth. Thus, he ends up in part of New York City which has been abandoned and overgrown by foliage.

This environment is the first part of the series we have planned for since we have a full story with characters and environments. This room is his safe house where he studies about the truth and works on evolved creatures.

This sofa is one of the props I made for “Our Heritage” project.