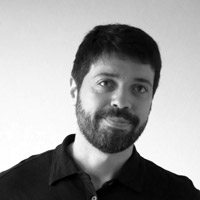 Berga & González is an Architectural Visualization studio founded in 2001, by the architects Alberto Berga and Javier González, and based in Barcelona.

We specialize in developing any kind of Architectural Visualisation such as Still images, Animation or Virtual Reality in the field of architecture, urban planning and civil engineering.

Thanks to our training as architects we can provide support in Concept Design and a comprehensive analysis of each project that expedites the execution and create added value when time is a priority.

We are a team of 9 people leaded by Alberto Berga and Javier González.

Berga Alberto
The iconic hotel Princesa Sofia of Barcelona has undergone a total redesign of its brand. The hotel built in 1975 has seen the need to show a closer and updated image according to actual demand.

Berga Alberto
For the first time, the different city halls of the metropolitan area of Paris have come together to transfer 59 plots under their control with the aim of inventing new neighbourhoods around the metro stations of the future automatic metro being built around Paris.

Berga Alberto
The prestigious David Chipperfield Architects firm is in charge of the design of the new Karl Hotel in Munich, Germany.

Berga Alberto
Architectural animations are a very helpful tool to get the interest of the prospective buyers.

Berga Alberto
The real estate company Taylor Wimpey contacted us for the production of several 3D architectural visualizations of the new development in Santa Ponsa, Mallorca.